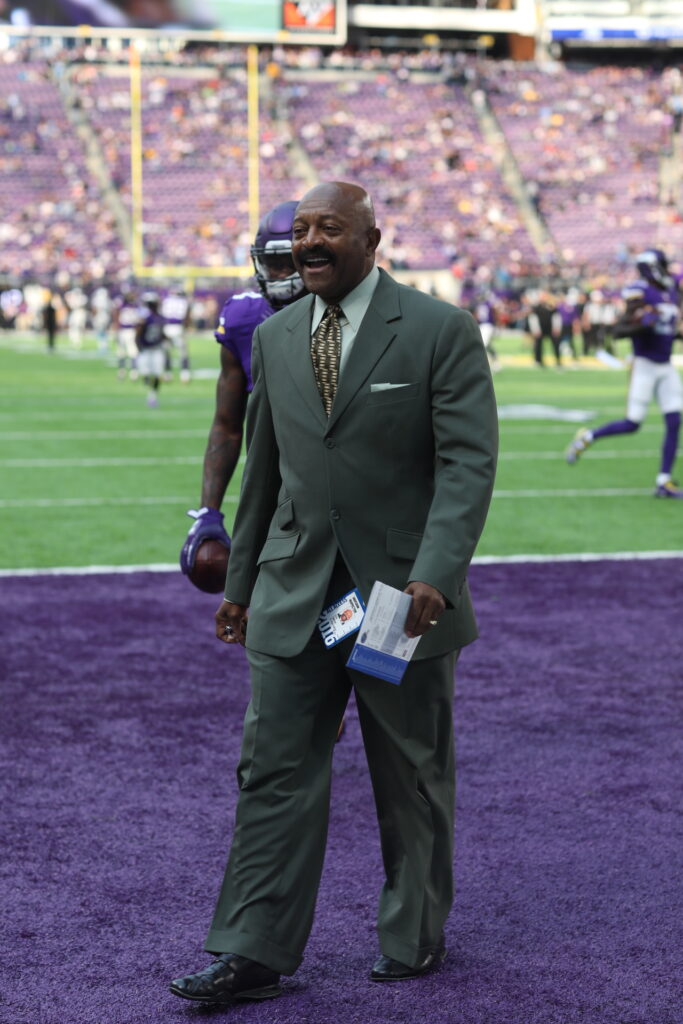 Former Vikings Punter and Sideline Analyst Greg Coleman has announced that the 2021 Season will be his last as a part of the Vikings Radio Broadcast. He spent a total of 12 years in the NFL. One year with the Cleveland Browns, another with the Washington Redskins, and a decade with the Vikings starting in 1978. For the last 44 years, Greg has been a part of the Vikings organization, contributing to a number of pre- and post-game shows before joining the Vikings Radio Network in 2001 as the sideline analyst. He will certainly miss doing the Pre -Game Preach and saying “ I have the largest congregation in the country and I don’t have to take an offering”.

For the first time ever, the Greg Coleman “Golden Touch Award” was presented to the top HBCU punter. Greg will continue to be a part of this community as he turns his attention to his Professional Speaking Business: Greg Coleman8 Speaks LLC. As one of the most sought-after speakers in the area, Greg Coleman continues to expand his speaking career, focusing on three main pillars: Corporate, Community, and Ministry.

Corporate: Focuses on proven principles learned from his 24 years of experience as a C-Level Executive for one of the largest communications companies in the world, as well as his 12 years in the National Football League.

Community: Greg will continue to host the Greg Coleman “Celebrity Golf Tournament” (August 16th) that supports local youth mentoring and tutoring programs, as well as YMCA sports, The Man Up Club, and The Light On Program.

Ministry: Will always be the lifeline for him. If you have faith the size of a mustard seed, you can move mountains.

Greg’s next chapter will focus on family, his professional speaking business, special projects with HBCU’s, and of course, his connection to Purple Nation. Skol!